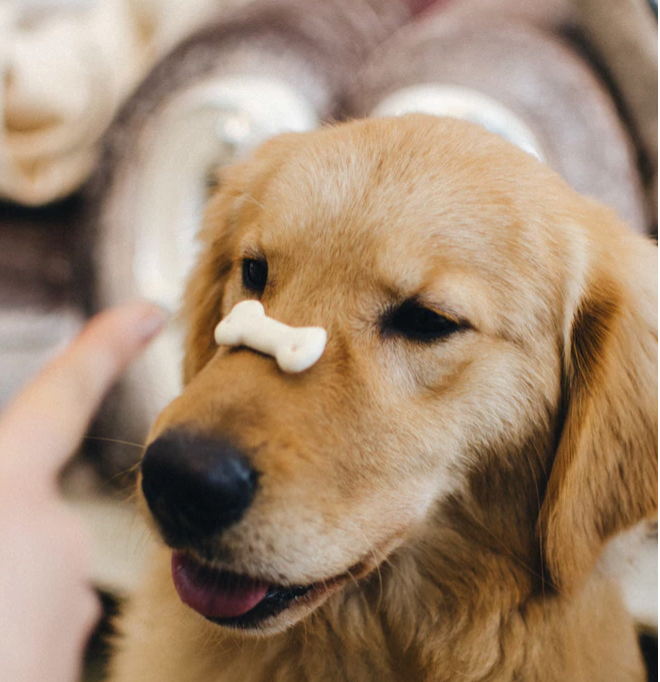 By Cynthia OkimotoFebruary 22, 2019No Comments

There are dozens of reasons why you may want to give your dog CBD oil. It’s speculated that this supplement can help with all sorts of diseases, as well as promote the mental and emotional wellbeing of pets.

Although the research on the benefits of CBD oil for dogs is still in its early stages, many studies have already confirmed that it can help with a number of different issues, including the following:

And the best thing is that there are zero negative effects. This means that you can give it to your four-legged buddy without worrying it would do him any harm.

But, how can you explain all this to your pup? The problem here is that dogs seem not to like the taste of CBD oil supplements. Actually, you can expect an owner vs dog wrestle if you tried to make him take it.

CBD Oil has somewhat earthy taste and no dog likes eating earth. That’s why you ought to cover up the taste with something else, something that your dog will swallow in joy.

Figuring Out What Your Dog Likes

Remember those dog food commercials in which it’s claimed that 9 of 10 dogs prefer that brand to others? Have you been wondering how they know which foods dogs like more? Dogs surely didn’t tell them, so what’s the catch?

Well, if they wanted to be completely honest, they would say 9/10 people prefer this dog food to others. The thing is that dog food is tasted by human tasters, not dogs. And this means that in order to figure out what your pup likes, you will need to do some testing on your own.

Dogs were domesticated some 15,000 years ago and during all those years, their diet has been consisting mainly of leftovers from the food humans eat. So, it’s not surprising that us and them now have pretty similar taste.

Sure, they’re not too crazy about veggies, but dogs do cherish certain types of foods that their wild cousins don’t. Actually, wolfs, who are dogs’ ancestors, are 100% carnivores, while domesticated dogs can eat a wide range of different foods.

Your furry friend actually has three more genes than his ancestors. In case you’re interested, the genes in question are SGLT1, MGAM, and AMY2B. This probably doesn’t mean much to you, but the important thing about these genes is that they allow digestion of starch.

In layman’s terms, this means that wolfs can’t get energy and nutrients from foods like rice, soybean, oatmeal, corn, etc. But, dogs can! And some pups really love starchy foods!

For most people, dogs are much more than simply pets; a dog is a part of the family for many. If you belong to this category, you surely wish your dog to stay healthy and happy. And food plays a crucial role in their health and happiness.

The powerful aroma of CBD oil sometimes can out-power the aroma of regular dog food. In turn, this can make your pup dislike the food and refuse to eat it even when it’s CBD-free. And that could mean a hell of a headache for you.

The same goes for meat that your dog loves eating. Unless you don’t wish your pup go full vegan, better not risk anything. Stay away from mixing meat and CBD oil.

Instead, you need something that will neutralize its aroma. Something that’s easy to digest even when eaten in larger amounts. Of course, starchy foods fit into this category, but simply pouring CBD oil in a cup of rice or oats won’t do you any good. Your four-legged gourmand is likely to stay away from it.

Instead, you need to put in a little bit of effort in and make him some delicious meals. Here are a few ideas:

The trick to making your dog take CBD oil is to trick him into not noticing it’s in his food. But, some dogs are pickier than others, so you need to up the ante. You need to get even sneakier by making their CBD oil treats sweet!

But, this should be your last resort as sweet things aren’t too great for dogs’ health. Sugar and artificial sweeteners can wrack havoc on dog’s blood sugar levels, causing all sorts of problems and even leading to death in some cases.

Better play it safe. And by that we mean use fruit instead of sugar and its alternatives. Some of the fruits that dogs love the most include:

But, simply pouring CBD oil over the fruit might not be the best possible idea. The reason is simple – you’ll need more fruit to hide away the earthy aroma of the oil. Instead, we have a better advice for you. Add some fruit to rice pudding, oatmeal, or popcorn!

And of course, before feeding it to your dog, make sure to give it a taste. Why not? After all, those foods are commonly used in human diet, plus CBD oil is famously great for human health.

And if you like it, the chances are your furry pal will love it as well!