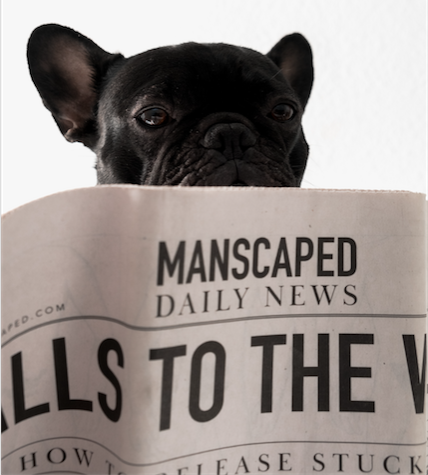 There’s no denying that French bulldogs look adorable; what’s not adorable is when a Frenchie starts misbehaving. Training your puppy to behave nicely is the key to ensuring harmony in your home. If a Frenchie is going to be a member of your family, he needs to obey certain rules.

Knowing his “place” is one of the first things a Frenchie needs to learn. And that’s something that’s easily achieved through crate training. We say ‘easily’ because if you know how to do it the right way, you will be able to crate-train your French bulldog in no time. That being said please note that crates ideally are used with caution as using a crate extensively during puppyhood can affect eye sight development. So, we use the term crate training but the same can be applied to “pen training”.

So, how to do it? With love and caring is the answer. Only if you make your pup fall in love with spending time in a crate will he be willing to follow your orders. Of course, there are some practical techniques to speed up the training process. And we’re now going to teach you five of them!

Although it might not seem too important, the placement of the crate plays a critical role in crate training. Whether your puppy is going to love its crate or hate it could be decided by its placement. If the pup doesn’t like the crate’s position, he’ll hate going in there. On the other hand, if the position is right, your pup will love spending time there.

So, what’s the right position for your Frenchie’s crate? It needs to be somewhere where you and your family spend a lot of time. The thing about all dogs, Frenchies included, is that they’re pack animals. And that means that they like to be in the pack, not separated from it. Keeping your French bulldog away from where the people are is going to make him nervous, sad, and depressed.

Still, this doesn’t mean that you should keep him in a place that’s a main flow of traffic, such as the hallway. Areas of the home with big traffic can make a puppy nervous as he’ll be constantly checking out what’s going on, having zero time to get some rest.

And once you’ve found the ideal place for your Frenchie’s crate, you need to make it permanent. Think of it as the new home of your pup and such, his create should not be moved too often.

Although crate-training your Frenchie is not something that should last too long, sometimes it may not go as smoothly as planned. Keep calm and love your Frenchie is the best advice we can give you. So, even if he’s not too enthusiastic about his crate training, you must not punish him.

One of the things you mustn’t do under any circumstances is use the crate as a sort of prison cell for him. You might think that when he misbehaves, a suitable punishment would be to put him in the crate, but that’s not such a good solution. If you do that even once, your Frenchie will have negative associations with the crate, subconsciously hating and fearing it.

Another thing to pay attention to is not too kip your pup in the crate for too long, especially while still crate-training him. Too many hours spent inside the crate could have a disastrous effect on your Frenchie’s emotional state. And if you keep on doing it for a long time, you can turn your formerly cheerful puppy into a grumpy dog.

If there’s an activity every single dog in the world loves it’s eating. Using food is one of the easiest ways to teach your puppy new tricks. And you can use the same method to make him fall in love with living in the crate.

What you got to do is place his favorite food inside the crate and invite him to get it. If he’s feeling nervous or even scared to get inside, there’s no need to rush things. Just leave the treats there and let him decide when it’s time to grab the food.

Once he figures out that there’s nothing bad about the crate, he’ll fear it no more. And if during his crate-training you persist on using food to lure him in, he’ll start associating the crate with good things. And every time he needs to go inside the crate, he’ll feel excited rather than sad or afraid.

Even if you manage to make him love going in the crate, he won’t stay happy for too long unless there’s some entertainment awaiting for him inside. Spending time in the crate can get pretty boring for your Frenchie. Even if you keep his crate in a room where your family spends a lot of time, he won’t be able to get to you.

He won’t be able to lick you and cuddle with you, which can make him sad and depressed. A way of dealing with the problem is keeping him entertained by putting some toys inside the crate. Depending on a dog, the perfect toy might be a squeaky ball or something similar.

Pick the Right Kind of Crate

Sometimes the reason why Frenchies are having problems adapting to the crate life lies in the fact that the crate is no good. Your pup needs to feel good inside his create, meaning that it has to be spacious enough, as well as warm and comfy.

Actually, the size of the crate should be the number 1 deciding factor. The rule of thumb is that bigger is better. Your Frenchie might be only about 25 pounds, but you should go for a crate meant for dogs of larger sizes. Our advice is to buy a crate for medium-sized pets, that is, for animals of up to 45 pounds.

And the best thing is that even the best crates on the market are not too expensive. What this means is that anyone can get the kind of crate their Frenchie deserves.

If you would like to learn more on how to ensure your Frenchie lives a happy life, just click here and it will take you to a place dedicated to everything about French bulldogs.

Send me the new client promotion!

No images found!
Try some other hashtag or username