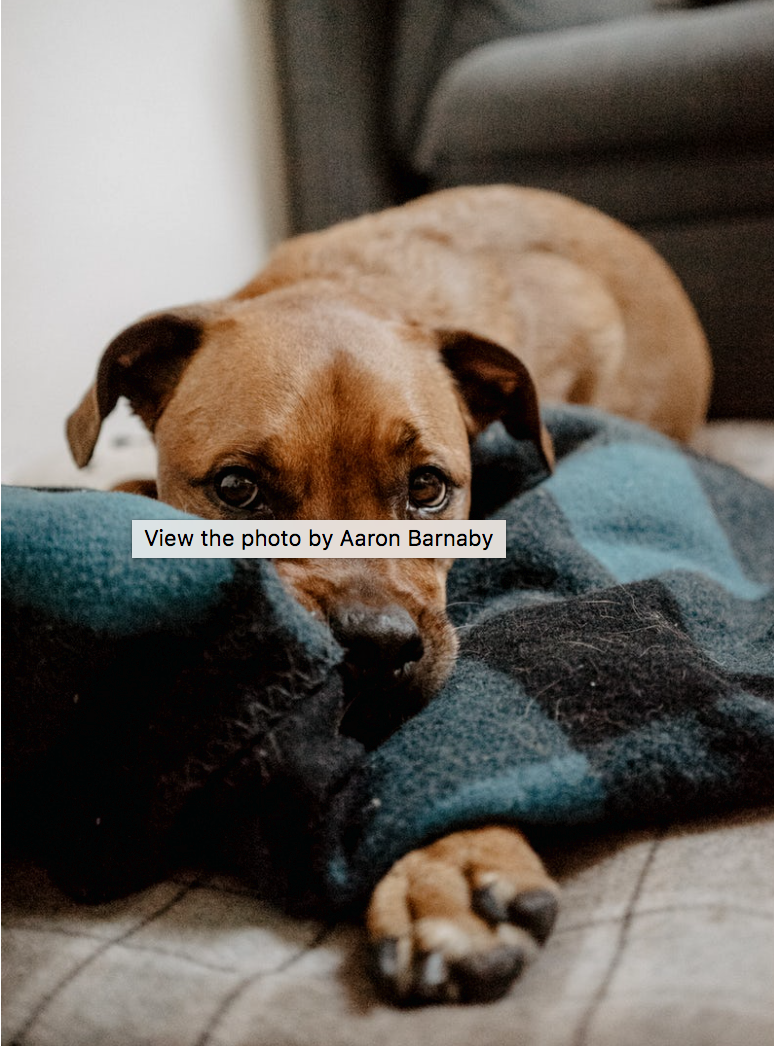 When you’re feeling sick, you just go to your doctor and tell them what’s wrong. Your pup can’t tell anyone what’s wrong with him. And that’s why the job of a pet is pretty difficult. Even worse, sometimes when the pet gets involved, it’s already too late. Therefore, it’s of utmost importance for you, as a dog owner, to learn about signs and symptoms that your four-legged friend is not feeling alright.

With that in mind, we’ve decided to share seven common health problems in dogs, as well as their most common signs. So, with no further ado, here they are!

One of the most certain signs that there’s something wrong with your dog is that he’s not eating. The thing is that dogs love eating. And some of them won’t stop even when their bellies are full. Some breeds, like Labrador Retrievers for example, will not stop eating till the point they will puke, after which they’ll do the same all over again.

Obviously, if such a big eater is refusing to eat anything, there must be something wrong. The reasons can be benevolent – he doesn’t like the food you’ve prepared for him. So, try to give him so meat or bread instead. If he still refuses to eat, the chance is that there is something wrong with his stomach. And that means that you need to take him to the vet.

The reason why this is happening can be anything from upset belly to some serious illnesses like tumor. So, better not leave it to chance. Instead, call the vet as soon as possible!

Another very common sign that there’s something wrong with your pup is that he’s vomiting. This can happen for many reasons, the least dangerous being overeating. Sunstroke can also be the case, as well as tiredness. These issues can go on their own, but there are some that can’t get fixed without vet’s intervention.

For instance, vomiting might be a sign that your dog is having problems with his heart. There might also be something wrong with his belly or intestines, so better take him to the veterinary station to have professionals check him up.

In most cases, diarrhea equals upset belly, which comes as a result of eating something bad. If that’s the case, the problem will go away on its own. But, if it persists, the root of the issue can be something more severe.

There might be something wrong with your pup’s digestive system, he might have food poisoning, etc. Actually, the potential causes of the problem are numerous. And the worst thing is that even if the diarrhea stops, it doesn’t mean that everything is back to normal. You need to check his stool in the next couple of days using some kind of a healthy dog poop chart to make sure he’s gonna be fine.

If your pup is behaving strangely, there might be something wrong with him. But, if you need more proof for that, before taking him to the vet, you need to take a look at his gums. If they’re more pale than usual, it means that there’s something wrong.

In the worst-case scenario, your pup is bleeding internally. Pale gums are usually accompanied by other symptoms, such as loss of appetite, lack of energy, vomiting and/or diarrhea. If you spot them, it’s the red alert and you need to take him to the vet ASAP!

If you’re feeding your pup with quality dog food in the right amount, he should maintain his weight. It doesn’t matter if he’s being more active than usual, a good diet is key to a steady body weight in dogs, without any major changes. So, if he suddenly loses weight, it’s a big red flag; it’s likely that something’s not quite right with him.

In the best-case scenario, the culprit is inside his intestine. We’re talking about parasites that might be feeding off his food. This problem is very easy to solve – all you need to buy are some anti-parasite tablets, which you can probably find in your local pet shop.

Unfortunately, in many other cases, the reason why a dog loses weight is some serious health issue, such as cancer. This is why it’s important to take him to the vet as soon as you notice that he’s been losing weight.

If he’s losing hair in patches, it often means that he’s having troubles with fleas or ticks. Using a good shampoo will solve this problem. In other cases, the cause of hair loss is bad diet. If you’ve been feeding him food that’s not too rich in nutrients necessary for healthy coat and skin, it’s going to show in the form of hair loss.

But, it’s not that simple, sometimes the cause of hair loss can be something more serious. There are many bacterial and yeast infections that manifest themselves in this way. So, instead of doing any guesswork, our advice is to take him to the vet.

By now, you’ve probably noticed that most of our tips involve vets. And that’s because we really believe that the solution to your pup’s problems doesn’t lie on the internet but in the veterinary station.