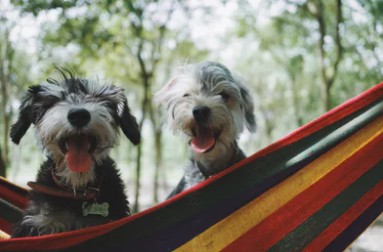 By Cynthia OkimotoJuly 15, 2019No Comments

While choosing a dog as a domestic companion or for any other purpose, wondering if there are sexual peculiarities between dogs, is a common thought pattern.

Are there behavioral differences between male and female dogs for instance?

Which is the moodier or happier sex?

Which of them is easier to train?

This topic is a bit dicey, but we have pulled out a few distinct personality differences between both sexes.

Although this is no scientifically proven fact, it has been noted that male dogs are generally more carefree than their female counterparts, and are less prone to ‘mood swings’. The happy-go-lucky male dogs are more likely to hover around you in excitement, and are sometimes sloppier; as opposed to the females who can be happy one minute and sulky, another.

In the same wise, since the female dogs tend towards being moody, they are more likely to show affection in clearer terms (when they are happy) than male dogs, and are likely to be consistently affectionate; hence trustworthy. However, the affection of a female dog is likely to be in response to your attitude- you show them affection, pet them lovingly enough times and they reciprocate by showering you with love.

Male dogs are more willing to challenge your authority, unemotional in their overall approach and can be quite pushy- especially if they sense the need to establish dominance and desirability in the presence of a female dog in heat.

Well, this point has some scientific backing. You can actually prove that certain dogs are smarter!

According to research, when a cognitive visual test was performed on 50 dogs, female dogs were noted to have superior cognitive skills to their male counterparts; clearly showing stronger visual tracking abilities.

However, another angle through which this trait can be viewed, can be that the female dogs developed this trait as a result of evolutionary needs to keep track of their puppies- who smell mostly the same. Male dogs, who are generally not in charge of caring for or nursing the puppies, tend to be more scent-oriented, and make for good trail/track companions.

One crucial feature which determine a male or female dog’s behavior, is their breed. All dog lovers know that dogs of a certain breed are more aggressive than certain others; and a female member of an aggressive breed family might be more assertive than a male member of a more docile, loving breed.

In line with the above, Rottweiler tends to have sweet, enchanting female dogs. Shetland Sheepdogs are noted for more welcoming, extroverted males; while Golden Retrievers are said to be similar- regardless of the sex of the dog!

Therefore, you shouldn’t overlook the breed of a dog when making your choice.

As with humans, there are more factors to take into place than nature, when choosing a dog. Your dog training skills are very important to the overall development of your dog.

As a guardian, your role is to provide guidance, and shape that companion into your very best!

To take care of that dog in the best way possible, you need a loving dog shedding brush. Buy from the best!

If you’d like to contribute to our blog please email cynthia@newyorkdognanny.com