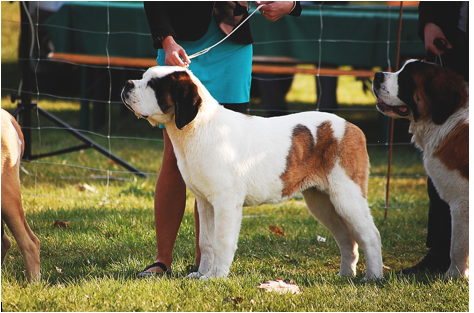 Preparing for the Paws: What to Look for in the National Dog Show

By Cynthia OkimotoDecember 2, 2019No Comments

Preparing for the Paws: What to Look for in the National Dog Show

For some people, Thanksgiving is all about football, turkey, and tolerating relatives. But for dog lovers, Thanksgiving has become all about pup culture and the National Dog Show. Gone are the arguments over dinner about politics or discussions about the latest celebrity scandal — Instead, it’s all about the preparation, the grooming, the moxy, and of course, the canine who will — or should — win the coveted Best in Show award.

The History of the Show

The National Dog Show is always held in Philadelphia, Pennsylvania, and hosted by the Kennel Club of Philadelphia. The show has been broadcast since 2002 by NBC; however, the show itself has been around since 1879. As one of the three major dog shows in America — the other two being the AKC National Championship and the Westminster Dog Show — the National Dog Show has blossomed into a highly competitive and diverse event that features more than 2,000 participants and over 200 different breeds.

It’s fitting that Philadelphia is home to a major dog show; after all, the city has a long-standing love affair with the purebred dog world. In 1876, Philadelphia first held the “Exposition of Dogs” for the United States Centennial Celebration. Today, audience attendance for the show has steadily risen to 15,000 annually, and television coverage brings in over 22 million viewers.

Rules of the Ring

As with any competition, the National Dog Show, and dog shows, in general, have specific rules and regulations that competitors must follow. For example, this event is called a “benched show,” and is one of only six in the country. When the dogs are not in the show ring being groomed or exercising, they are required to remain backstage in designated spaces accessible to the public. Dogs must display character and discipline in a noisy environment where they are exposed to strangers.

You may wonder what the judges in each breed round and the Best in Show event are looking for when they rank and rate the canine competition. Here are some of the qualities they are evaluating as the handlers circle the ring with the dogs walking on a lead:

Not only will you know what the judge is looking for during the show, but you’ll be able to educate your family and try out some amateur judging yourself. It’s always fun to see if you can guess the winning dog.

Lots of viewers have questions while watching the National Dog Show and cheering for their favorite canine champ. Here are some fun facts about some of the most puzzling parts of the show:

The Key to a Stress Free Thanksgiving

Thanksgiving can be a wild time around the house: family coming and going, children running about, and food galore. This can be very stressful for a pup who hasn’t met some of these people, or who has a hard time resisting all the delicious food. Luckily, there are many ways to keep things calm and stress-free at Thanksgiving, from cooking with CBD for a special treat for your pooch, to keeping the guest list small and limited to just close friends and family. And, even more, now that you know the history and fun facts behind the National Dog Show, you’re all set to share the knowledge with your guests on Thanksgiving and enjoy time together watching these beautiful animals perform on stage.

Dan Matthews is a writer with a degree in English from Boise State University. He generally writes at the intersection of business, tech, and culture, and has extensive experience with nose boops and chin scritches.

This blog was contributed by Dan Matthews. If you would like to submit a blog please email cynthia@newyorkdognanny.com