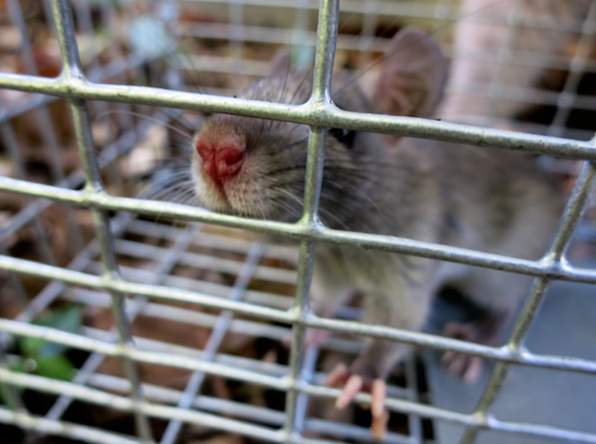 What threats do wildlife pose to your dog during winter?

The cold months are a difficult time for everybody, and although we often think of the safety of our children during these months, it’s also important to consider the life and safety of our pets.

Besides the obvious threat of the biting cold, which might worsen already existing conditions, as well as bring on some new ones, pets also face the threat of wildlife intruders during the bitter cold months. In this article, we’ll look at what these threats are exactly and how you can protect your beloved companion from these dangers.

You need to be aware that during the winter, your home is far more likely to be visited by unwanted wildlife intruders, who are trying to escape the bitter cold themselves. The heightened desperation the intruder feels might also make it act more viciously in defending its newfound home, which might put your pet at risk of getting scratched, bitten, and so on. Because of this, it is always best to hire a professional company like Nuisance Wildlife Pros to inspect your home and get rid of the intruders.

Rodents have often been known to sneak inside during the cold months so one good thing you can do for yourself and your dog is learn how to trap mice and rats humanely, and what steps you need to take to deter their return.

Tip: Check your pet regularly for bite marks or scratches – there might be an intruder you’re not even aware of yet!

During the cold months, it’s not uncommon to find dead animal bodies inside your home, especially in vents, pipes, underneath the home, as well as in less inhabited areas, like the attic or the basement. They might die in there from cold, starvation, or even as the result of an altercation with another animal.

This, again, poses a health hazard for your beloved pet who will be attracted by the smell and won’t hesitate to bite, lick, or sniff the dead animal. Dead animals harbor diseases, just like living animals do, so once again, your pet might become infected by eating or interacting with the dead animal. Teach your pets to respond to commands and learn to identify dead animals in the home swiftly and efficiently.

Be on the lookout for drafty areas. For two reasons. First of all, while the draft might not bother you too much, it’s quite likely bothering your pet, so by sealing the source of the chilliness, you’re keeping your pet warm and free of disease.

Second, the source of the draft might also provide an opening through which an unwanted intruder might crawl through, so sealing it keeps you and your pet safe.

Bonus Tip: Have an emergency pet kit on hand. This will come in handy in case of random injury, a reaction to the cold, but also in case your pet gets into an altercation with a wild animal. In this case, your emergency kit will help provide essential care until you can get your pet to a vet.