What Your Body Language Says to Your Pet

What Your Body Language Says to Your Pet

Pets are adorable and sometimes it’s normal to want a little bit more in terms of communicating with them. But with different languages and forms of communication, they’re also keen to understand their owners. Now, there are so many different innovative ways to ‘talk’ with them. More so, you don’t have to be a veterinary doctor or scientist to get the gist. This is because there are programs to help you decide the best way to communicate with your pet. But have you ever given enough thought to your actions before your pet? What do you frequently do? Do your emotions draw certain responses? These are key questions to answer if you must communicate effectively with your pet(s).

Looking closely at yourself and your body language at a particular moment is important if your pet must understand you. It’s a given that they can’t speak so their next port of call is observing your body language long before picking up any verbal commands you’re trying to pass on. Whether you need to study them to learn the level of expert care they need or know how they feel, it all begins with you. With your movements, pets pick up on what you’re thinking and feeling. This is particularly true with the focus here on dogs.

Let’s get into it then. Check out what your pet thinks about the following body movement.

Making Eye-contact with Your Pet

If you’ve come across certain pets, you’ll know that meeting their glance always triggers a reaction. For instance, if you own a dog as a pet, you’ll find that it won’t look into other dog’s eyes to avoid challenging them (unless it’s bigger). Further, when they look at humans, they will take their eyes off for the same reason, or because they are trained not to stare. It follows then, that staring at them provides a kind of challenge most will be eager to meet. Whether you intend to challenge them or not, their natural disposition is to feel threatened.

A dog’s response to your stare can be anything from growls, barks, aggressive behavior, squats and rolls. Some even go as far as urinating or ignoring your stare. If you meet an aggressive dog, perhaps it’s best not to look it on the eyes. Well, unless it belongs to you or there’s something larger at play. The tip of the ears is a better place to stare at. This way, the dog doesn’t feel challenged but communicated to.

Your Head and Neck Position

Making a lot of movement with the head and neck is natural to humans. But what does that say to your pet? For instance, your dog holds up his head high and you can take that to mean he is challenging or confident. Well, in most situations, he’s confident being around you. For this interpretation, your dog will also read your head and neck movements the same way much like other dogs around him.

Dogs, as already mentioned, will growl and feel threatening when you match their presence with your eyes. But with a movement of your neck and head being lowered, your pet will see this body language as submissive. He’ll take it to mean different things including a willingness to play, mutual respect and even fear on your part.

Sometimes, along with the action of a bowed head and ears pulled back, your dog might have a furrowed brow that indicates he’s anxious. This is often followed by yawns but you can put him at ease by not matching his gaze. At least not immediately.

With dogs being pups, common actions involve tugging at the neck by the mother to keep them honest or show who’s in charge. As they grow, part of that sticks to them and is often a form of communication even in times of conflict. The area around the neck and parts of the head is sensitive to touch and feel. For this reason, a dog can misconstrue your intentions, especially when you pull on this area. It might be taken as a challenge particularly if you’re getting to know your pet. But with a certain level of authority, it can mean you’ll protect it no matter what.

Adults rarely make this mistake unless they want to get naughty but kids often have no bother grabbing pets by the muzzle and neck. Your dog might take this the wrong way when you consider kids are not all that big. Things could get wild and dangerous fast without intervention from an adult. You can pet around the neck but do so with utmost caution.

With pets, hugging and any form of holding and grabbing is a serious business. For dogs, depending on the breed and the personality, preference for hugs differ. This doesn’t mean you shouldn’t hug your pet but a deeper connection should exist before you do so. What’s more, it’s a genuine way to show love to your pet.

Try to watch closely as you hug your dog and observe their reactions. Depending on whether you hug them from around the neck or put your arms around them, their motion will indicate if they’re receptive to your advances. Some dogs lean into hugs or try to wriggle free, while others stay still and wait for the contact to end. Also, watch out for yawns, licks and grunts which may indicate they don’t appreciate the contact. Others are very keen though, especially if there’s a shared bond over time.

Nothing is permanent though. You can always reach your pet how to accept contacts like hugs. More so, there are specialists who can help with that as well as assistance with eye contact for better communication. Whatever you do, always remember it takes time so you have to exercise some patience with your pet. While at it, kids and strangers shouldn’t attempt to hug your dog. Things could get nasty fast.

Motion and Body Positioning from the Ground up

It’s expected that most people will be head and shoulders taller than their dogs or any pet for that matter. However, the communication between man and dog is best illustrated by the relationship dogs have within themselves. For one, a bigger dog will show dominance over a smaller one when it’s on its fullest height and placing his head or paw on the back of the other dog in question. This is often viewed as an indication of who’s in charge in terms of strength and size.

For you and your pet dog, things could play a bit differently, depending on the relationship. While a bigger dog can contend with other dogs for space and other activities, with humans, you get what you give. For example, if you lie on the floor with your dog close by, it shows a degree of comfort and a high level of socialization. It could also mean, there’s no ‘boss’ between both of you with an air of mutual trust. The same goes for lap sitters but a high degree of closeness must have been achieved.

If you’re sitting down, that’s not much height and your dog immediately feels comfortable. Without much of a threat posed sitting, dogs often approach with curiosity. Compare that with someone standing at a full height which almost immediately makes a dog back-off or stand still. A drop on your knee can ease this effect and make it come a bit closer. But overall, your positioning from the ground up plays a big role in what you’re saying to your dog. Keep in mind that such movements could be inadvertent in nature.

While sitting and going over works from a top paper writing services review, you might also consider this the right time to stroke and pet your dog. Of course, pets love touch, especially if there’s an established relationship. Not so much if it’s a stranger or even a kid.

Your motion definitely affects the behavior of your pet. In fact, with a dog, a sense of approach towards it is triggered when you adjust your height from the floor. Whether it’s a movement to your dog or from your dog to another, it can seem challenging at first. This is because it’s nothing short of confident and shows you want to dominate. For instance, if your pet is munching a bone or resting, and you directly approach it, it can view this as a threat and become hostile.

Things could also get serious if your dog is apprehensive of those around it including you. You can have good intentions but it’s best you avoid approaching your dog directly. But if it’s a relationship that’s gone on for a while longer with established contact, it shouldn’t be much of a problem. If this isn’t the case, try approaching in a curve-like motion before initiating contact. You could also use a daycare service to help your dog feel more comfortable as time passes.

Having a dog for a pet is special. Your emotions and body language lead the way and have a glaring effect on how your dog behaves.

Author’s bio lines:
Tiffany Harper is a talented writer from New York, an extremely active woman, and a real leader. She began her career as a journalist and later proceeded as a writer and editor. Now she works as an expert writer with Best UK essay writing service, mostly in the self-education area. Please do not hesitate to contact her on Twitter 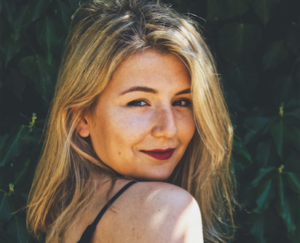 This blog was contributed by Tiffany Harper. If you would like to submit a blog please email cynthia@newyorkdognanny.com