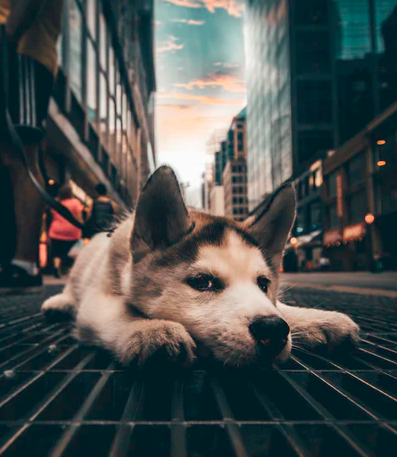 With dogs, you don’t only have a great animal by your side. You have a companion, friend, and family. It’s a pleasure having one by your side and doing all you can to ensure it’s comfortable. But in a city like New York, adding to the estimated 600,000 number of dogs, raising a dog is not as straightforward as you’d imagine. Sure, there’s fun to catch, awesome places to visit, and other pets and owners to mix with. But you must have some knowledge about how things work for you and your dog.

Whether you work from home or head out to your place of work, you have to make plans for your dog. The plans include stuff like the seasons and the challenges that come with them, the perfect or appropriate sitters, and a whole lot more. So, let’s get to it then; what should every dog owner know about being with their dogs in New York City? Read on so that you’re not caught unawares.

1. Brace up for All Kinds of Weather

You better be prepared for the weather. More importantly, you have to prepare for how it’s going to affect your dog. For example, sunny days are fantastic, but that also means you’re not alone in thinking it’s the perfect moment to take your dog out because the streets are going to be filled with dogs, their owners, and other pets. Well, you can add to that the capacity of parks getting filled to the brim! Of course, if you love company, this shouldn’t bother you.

On rainy days, you can expect more chores, especially if you let your dog out. Your dog’s feet will definitely become mud socks, and your home will be one big canvas to paint. You might not like the accompanying odor too. For snowy weathers, you want to be careful so that your dog doesn’t get affected by the salt that shopkeepers use to melt snow. Your dog’s paws could bleed or ache badly.

2. It’s Not a Cliché – Manhattan Is Really a Dog’s Toilet

You’re walking down the sidewalk with your dog and immediately spot one, then two, and then three brown stuff all laid a couple of yards away from each other. No. They’re not ant hills or some giant mushrooms; they’re dog poop! Yes, the Big Apple often gives off the impression of being clean. But if you’re serious about raising your dog here, you better get with the program.

Sidewalks make for quite the scene – one you don’t want to see. However, as a dog owner, you’re going to be a good part of it. You’ll notice and get used to all the litter from animals who have owners that didn’t bother to ‘wrap em up’ and dispose properly. Some are covered up in unsuspecting plastic bags, leathers, or odd cloth.

Whatever the case, you can do your bit to be different by getting rid of your dog’s dump safely. But you might come across some daring dog owners who wouldn’t think twice before trying to dump some stink in your trash can. If you don’t have a dog yet but want to get one to raise in New York, perhaps you should be well-informed.

3. Your Dog Will Eat Almost Anything on the Sidewalk

You can give dogs all the expert care and attention they need, but nothing quite makes up for basic instincts as you’ll get to find out while raising your dog in New York City. The sidewalks make for a buffet of stuff you really don’t want your dog touching. For instance, used guns, poop, plastic, and some other yucky items are a huge draw for dogs. Whether you kick them away or make a point of telling them why they shouldn’t eat such things, they can’t seem to help it.

It’s something a lot of dog owners in New York have come to expect. Well, if you don’t want your dog to do the same, perhaps you should be more familiar with routes that offer a lot more on the sidewalks to avoid them.

4. Dog Parks Are a Throwback to High School

You’re not going there, but you’ll get the point soon enough. The fact is, there are a whole bunch of personalities you’ll come across as a dog owner in the Big Apple. There are the hipsters all funny-looking and enjoying their own company. You’ll notice a few jocks also with their dogs, and looking as intimidating as the breeds they control. Also, hard guys are visible from afar. You’ll know one when you spot them. Loners don’t care, though. They’ll have a good time with their dog all by themselves.

Other groups spanning from the weird to the goofy make up a large part – thanks to the breeds you might have a hard time figuring out. The last group? There’s none – simply call them everyone else because it’s one big hustle to control the park and who comes there. Whatever the case, you’ll soon pick sides. Your dog certainly doesn’t need two invites before joining the fun.

Nothing can compensate for the upturned noses of people around you when they notice you don’t have a bag to pack your dog poop. Raising a dog in New York means you shouldn’t be entirely confident about whether it’s time to do its business or not. Like they say, “accidents do happen,” and your dog might surprise you with one when you least expect it.

Whether you have a keen knowledge of its digestive system or not, it’s always advisable to carry a poop bag along. You wouldn’t want to contribute to the filth around you, and the embarrassing situation where your dog suddenly decides pooping in front of a large crowd of people. People naturally take offense to stuff like that (not that they haven’t been guilty of it before!) but do your bit by taking your bag. Don’t have enough? They’re often sold at parks. No excuses then!

6. Children Give Dogs a Run for Their Money at Dog Runs

You come across a dog run with a few people taking in the scenery. Then you decide to speak to someone, but the answer you get is quite shocking. No, they don’t have dogs around, but their kids who have converted the dog run to their playground! Dog runs are one of the cool things to do in New York. But don’t be surprised to have more kids there than you’d like to. After all, it’s not like you can walk into a playground meant for kids with your dog while claiming it’s perfect for pets. You won’t get that far.

New York is a great city for you and your dog. You only have to be sensitive to the needs of your dog without being too relaxed or overly worried. Whether it’s poop packing or walking in the park, it’s an experience to live for.

Isaac Olaode is a freelance writer and proofreader. He holds a degree in Geology from OAU Ile-Ife, Nigeria. He’s experienced in various niches like pets, productivity, health, product review and digital skills. You can contact Isaac via LinkedIn or Upwork.

This blog was contributed by Isaac Olaode. If you would like to submit a blog please email cynthia@newyorkdognanny.com